Home » Blog Posts » The Heat Was On – And the Cars Were Sizzlin’!

The Heat Was On – And the Cars Were Sizzlin’!

It was a scorcher of a day at the 8th Annual Yorkville Exotic Car Show, this past Father’s Day, and the beauty of the cars on display made it even hotter! The event was another huge success, with a record of $75,000 raised for Prostate Cancer Canada.

Over 90,000 people walked up and down the spectacular red carpet on Bloor Street, listened to the beats of our four bands: Sean Stanley Trio & Miss Dior, Los Locos, Angela Torone Trio, and the Rob Tardik Trio, while taking in the sights of ten corrals of luxury, exotic, and vintage cars, including this year’s show-stoppers, 2018 Lamborghini Huracan Performante, 2019 Aston Martin DB11 Volante, 2016 Porsche 911 GT3 RS, 2010 Ferrari 612 Scaglietti and the 1971 Pantera.

The Car Show also attracted the attention of almost every major media outlet in the city, including coverage from CTV News at 6, CP24, Breakfast Television, Toronto Star, NOW, BlogTo.com, and DailyHive.com

Since its inception, the Bloor-Yorkville BIA has been the Presenting Sponsor of the Yorkville Exotic Car Show. Bloor Street with the red carpet and coveted supercars help to bring attention to the many local businesses who sponsor the show, and cement the Bloor-Yorkville neighbourhood, as a place of luxury and excitement. The show’s ever-increasing profile and contributions to charity help to show the strong sense of community, built by all of our Bloor-Yorkville BIA members.

Along with the excitement of the show, attendees could enter to win the Prostate Cancer Canada 50-50 draw. The total raised for the 50/50 Draw was $4,850 with the winner receiving $2,425! And the winner has generously offered to donate half her winning back to PCC. 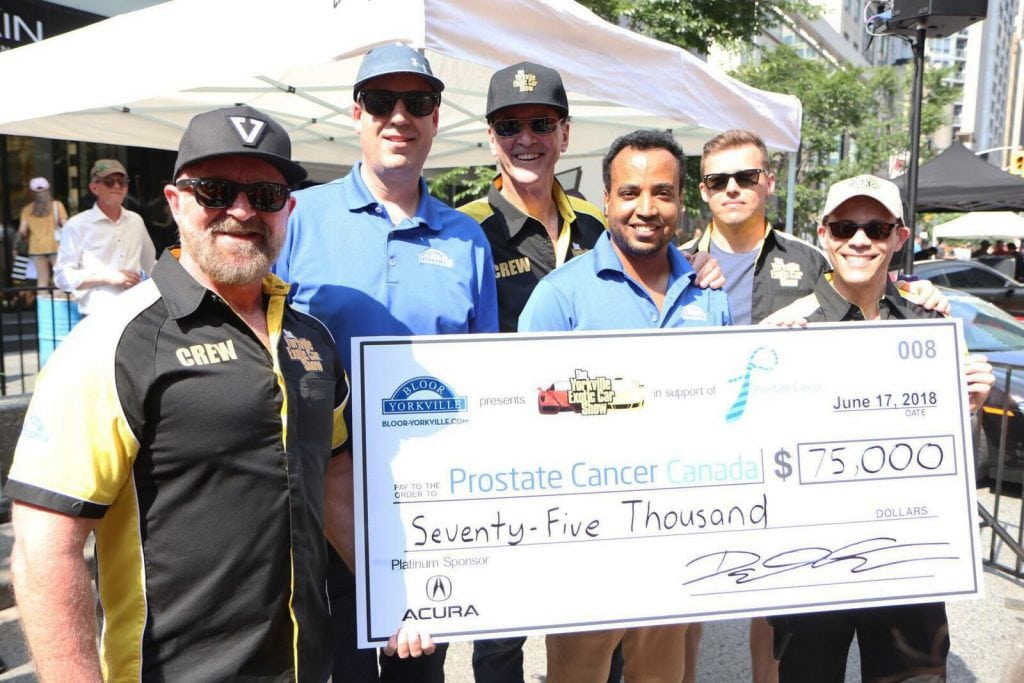 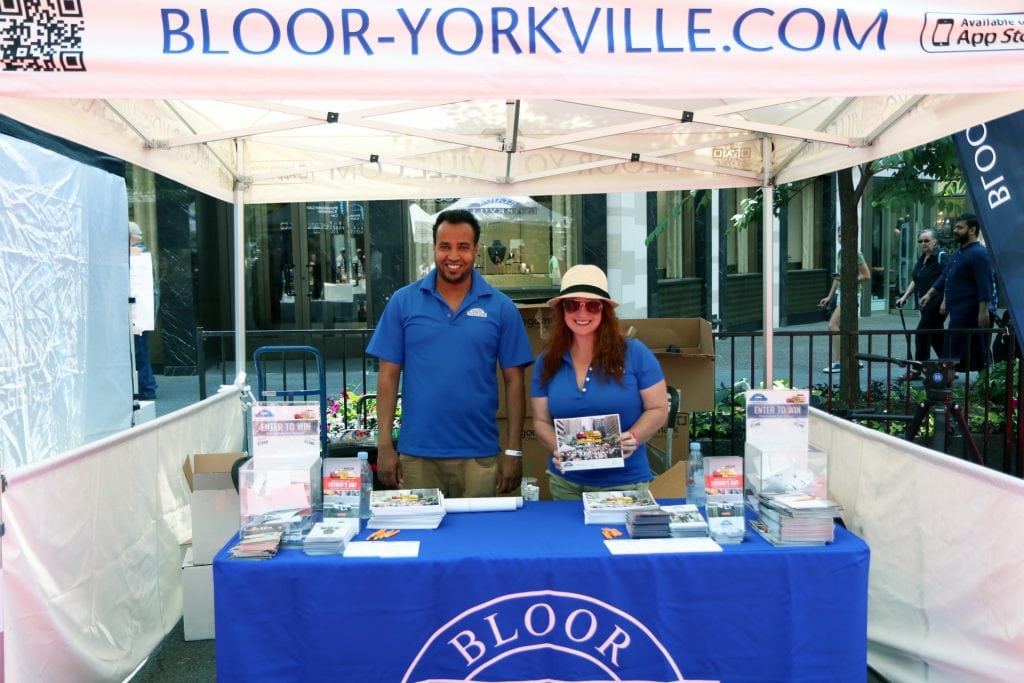 The BIA also handed out 400 Bloor-Yorkville BIA branded water bottles (with infuser), and recipients could fill them at the City of Toronto’s HTO to go Drinking Water Trailer, which was on-site at the event.

The Bloor-Yorkville BIA held a social media contest on Instagram, starting one week before the event, in order to build interest and excitement for the event, with prizes donated by Harry Rosen, La Casa del Habanno, the ROM and Hemingway’s.