When Leslie Parker decided to return to Canada, 10 years ago, after four years of success with Mindful Movement UK, she knew she wanted to situate herself in the Bloor-Yorkville area.

The former professional ballet dancer began her search for her Canadian studio, and soon found that it was going to be a financial struggle to find the space she desired in the heart of the Bloor-Yorkville neighbourhood. “10 years ago, this area had such a big draw for me. I loved the fact that it wasn’t all big box stores. It felt very civilized, and there wasn’t that feeling of disconnect in this area. You would smile at people, and they would smile back.”

She settled for a studio, just outside the area, located at Bloor and Sherbourne, and opened Mindful Movement. Destiny took over, as her new studio was often found flooded, causing cancellation of classes, and a desperate search for a new space began only three months after opening. A client directed her to 68 Scollard Street, which Parker immediately fell in love with. The rent was well out of her budget, but she took the leap and signed the lease. “I made it work. I loved the space so much. It was a live-work situation in the beginning, as I lived in the back area. It was my partner, my baby, my everything.”

Five years later, she moved into her own home, and turned her previous living area into treatment rooms. Four massage therapists occupy the rooms practicing various treatments including structural integration therapy, traditional registered massage therapy and Thai massage.  She is hoping to connect with an Osteopath or a Naturopath, to grow the space, and fulfil the needs of her clientele.

“The clientele has grown over the years, even without a sign outside,” she laughs. “It’s 10 years later, without a sign, but the application is in progress! I finally got a website awhile ago, but we really grew from word of mouth. We still do. We view this practice as a community, and it makes a difference. We have a lot of residents who are clients, but also many from out of the area. When people move out of Bloor-Yorkville, they still come back for the amenities, like their Pilates community, that they can’t find in their new neighbourhood.”

Parker often connects with other Bloor-Yorkville members, holding art events, with silent auction profits, donated by her neighbours, benefiting different charities. She finds that her events connect the health and wellness professionals, and allows them to get involved and network in the community.

Parker has found herself a niche market here in Bloor-Yorkville. With a large percentage of the residential neighbourhood entering the active-aging years, she knew that a Pilates studio would help many who need active rehabilitation. Parker herself discovered Pilates almost 30 years ago, when she was injured during ballet rehearsal. “I was introduced to the Pilates Reformer machine, and did most of my rehabilitation on that. I fell in love with it, and it helped me continue with my dance career. The rehabilitation process was much quicker. My clients benefit greatly by using Pilates to heal.” 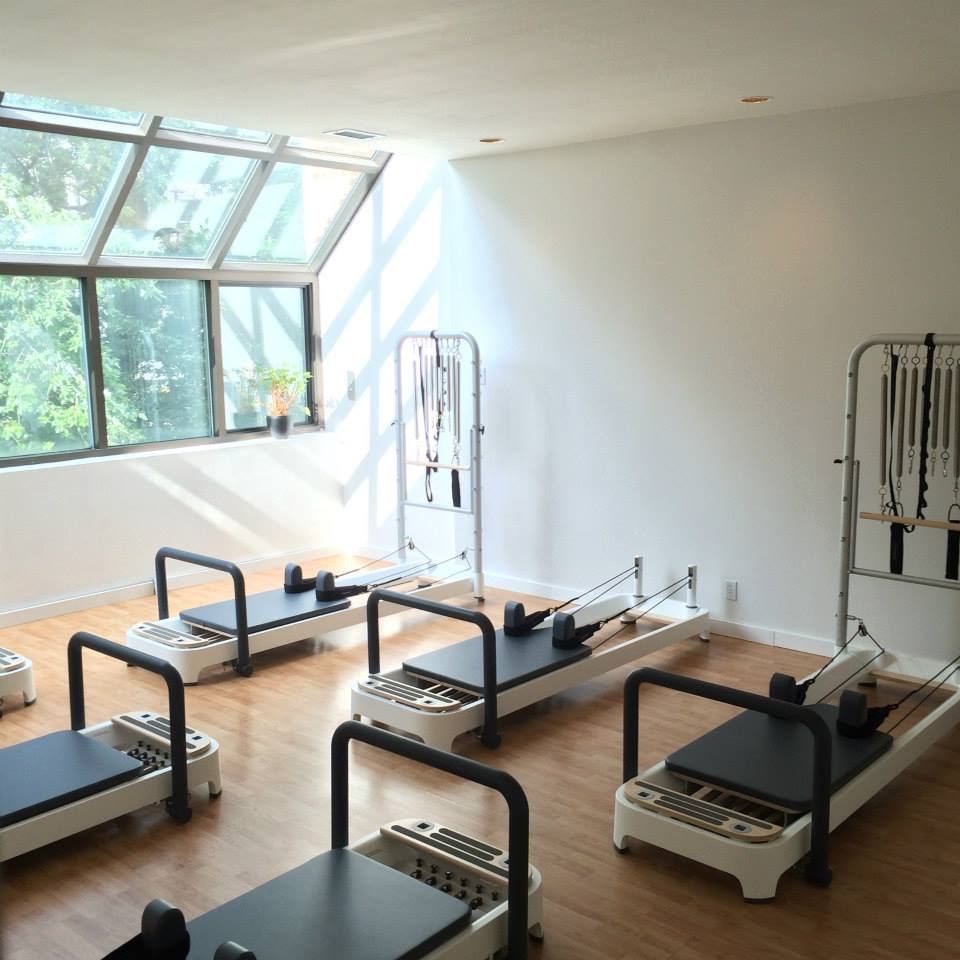 But it’s not just the older demographic who have found their way to Mindful Movement. “The reformer machines allow for resistance, as well as stretching and lengthening. Athletes, people who practice yoga, those suffering from injuries, those looking to strengthen et cetera, it is just really useful for everyone. You can also easily rehabilitate and strengthen just as much in a mat class, with the focus on technique.”

Intrigued, I took part of my first Pilates mat class, lead by Parker, and within minutes of hitting the mat, I was genuinely surprised at how difficult these small movements were. Holding a pose, and breathing, and deepening the movement was exhausting. Easily distracted, I let my mind wander to the quick research I did before class, and although new to me, the practice of Pilates dates back to the early 1920’s.

German-born Joseph Pilates was living in England, enjoying a career as both professional circus performer and boxer, when he was placed into forced internment at the outbreak of World War I.

While in the internment camp, he began to develop the floor exercises that evolved into what we now know as the Pilates mat work. He immigrated to the United States around 1925. During his voyage over to America, he met his future wife Clara. Together, they founded a studio in New York City, teaching and supervising their students into the 1960’s. They taught their students to use their mind to control their muscles. With a focus on the core, Pilates uses awareness of the breath to bring proper alignment to the spine, and strengthens the deep torso and abdominal muscles. The Pilates movement grew, and studios popped up worldwide to share, learn and grow the practice to what it is today.

The class I joined is a chatty one, and my reverie was broken within minutes. But one lady kept me amused by correcting her husband throughout the class. This particular class is without music, as Parker finds that her active-aging regulars regard her classes as much as a social occasion, as it is for physical and mental improvement. 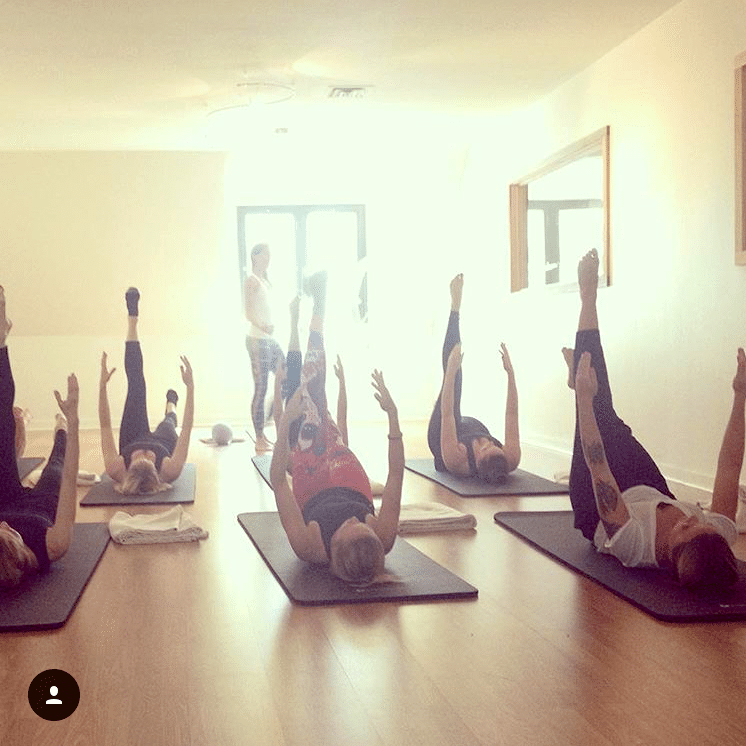 Unlike most yoga studios, there are no mirrors at Mindful Movement. “I discourage the competition that comes naturally in classes, which is why I don’t have mirrors.” This is a refreshing statement. As I gather myself after class from the mat, I realize that with so much competition in this world, how much more relaxing it was without mirrors and worry of “getting it right.”  I left feeling stronger and relaxed at the same time. A lady, perhaps in her mid-80’s, assured me that it gets easier with practice. “You did pretty good.”

Click here for a full schedule of classes, or better yet, drop by 68 Scollard Street and find the non-competitive peace that you might be craving, at Mindful Movement.