It’s one of the most distinctive times in Toronto right now where winter is showing signs of letting up and the anticipation of spring is so real, we can all feel it. Excitement is truly in the air (mirroring the bits of sunshine here and there), which means not only is patio season around the corner, but we’re ready to explore what’s going on in our neighbourhoods.

The Bloor-Yorkville area is home to iconic museums, theatres, unique art galleries, and wellness studios, each of which offers a variety of experiences when it comes to arts, culture, and healthy living. Below is a sampling of what’s going on in our neighbourhood throughout the spring! We hope to see you out enjoying the warmer days ahead! 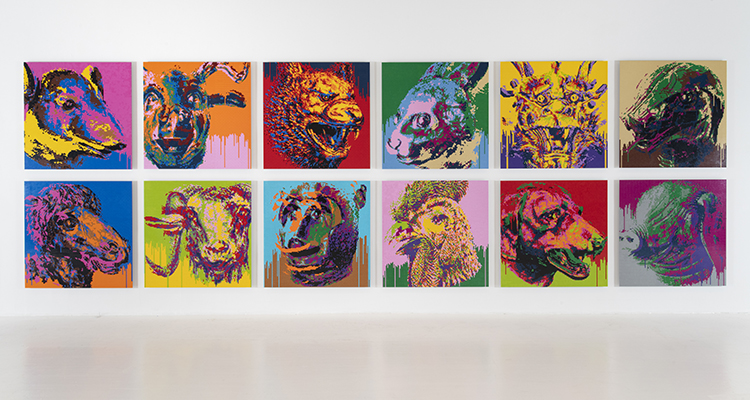 The iconic Ai Weiwei is “one of the world’s most influential artists and human rights activists” using his work to push the discussion of social justice, immigration, and freedom of speech. Through ceramics, documentaries, and social media initiatives Ai Weiwei has relentlessly pursued his exploration of human rights. This exhibit features new works depicting the global refugee crisis, iconic pieces, and a new large-scale LEGO series representing the Chinese zodiac.

Being Japanese Canadian: Reflections on a Broken World at The ROM:

The 1940s, in Canada, were wrought with exile, dispossession, and internment of Japanese Canadians. This exhibit seeks to explore these experiences through the work of contemporary artists who experienced this part of our history first-hand. Pieces also include works from those seeking to understand the experiences of their parents and grandparents. Looking at the ramifications of this injustice and its impact on Canadian’s today, eight artists present their contemporary works throughout the Sigmund Samuel Gallery of Canada.

Where: The Royal Ontario Museum, 100 Queens Park
When: Ongoing through August 5th, 2019

CANFAR: Can You Do Lunch? at The Four Seasons Hotel

This annual fundraising event, led by the Canadian Foundation for AIDS Research brings together business and philanthropic leaders for a luncheon in support of ending HIV in Canada. This year’s event is presented by Birks and chaired by Jean-Christophe Bedos of Birks Group Inc., and Suzanne Boyd of Zoomer Magazine. Hosted at the Four Seasons Hotel, guests will enjoy a performance by singer and songwriter, Kayla Diamond, and can participate in the Silent Auction before and after the event. Tickets are available here.

As North America’s largest documentary festival, Hot Docs is an incredibly exciting time for the city. Over 200 films from both Canada and around the world are screened to Toronto audiences. Presented throughout the city, not only does the festival present full-length documentaries, but there’s also a selection of Food & Film events, exploring the intersection of the two industries, as well as a live conversation with the aforementioned artist and activist, Ai Weiwei. A number of free events are also taking place including Virtual Reality short films, a video Installation and more.

Where: Various venues throughout Toronto (full list here)
When: April 25th – May 5th

Jewels of India – Designs for a Contemporary World at The ROM

Award-winning designer Reena Ahluwalia leads this discussion celebrating the rich history of adornment in India. This celebrated Canadian designer will look at how traditional influences translate to modern South-Asian inspired jewelry. Reena is recognized as one of Canada’s Top Masters of Jewelry Design and Art. The accompanying exhibit, Treasures of a Desert Kingdom, is a must-see exploration of jewelry, lavish tents and canopies, paintings, and decorative arts from one of India’s greatest former kingdoms, Jodhpur, Rajasthan. Many of the pieces on display are being seen outside their place of origin for the first time.

The Art of Mick Fleetwood at Liss Gallery 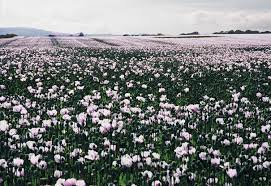 Fleetwood Mac fans rejoice! Liss Gallery just launched its Mick Fleetwood collection. The iconic drummer and founding member of the band has been exploring photography since the 1960s. His work is a personal reflection regarding relationships we form daily and those that last throughout our lives.

Where: Liss Gallery, 112 Cumberland St
When: Ongoing until April 20th.

Escape the city without actually leaving with this monthly half-day retreat. Wellness gurus will lead you through an itinerary of wellness-focused activities, such as breathwork, movement and self-care workshops, and even a sound bath! The day includes healthy snacks, drinks, and take-home products.

Comic enthusiasts won’t want to miss this! The Toronto Comic Arts Festival (TCAF) is a celebration of comics, graphic novels, and their creators. The two-day exhibition and vendor fair features hundreds of comics creators from around the world, as well as readings, interviews, panels, workshops, and much more.

Where: Toronto Reference Library (primary venue), 789 Yonge St
When: May 11th and 12th

Cover image from Being Japanese Canadian: Reflections on a Broken World